I’m not going to bore you all, by going over my Yarnfolk Festival of Wool experience last Saturday.  I rambled on about it for fourty minutes on the video for the Olann and You Tube Channel.

Needless to say, I had a great time and made a couple of purchases.  A very modest haul, even if I do say so myself.

Whilst I did share my swag on the video, I thought it might be an idea to run through them again here, so I can list out the vendors properly and tag them in.

The sheets of 100% wool felt and Adriafil yarns were all from Lighthouse Yarns.  I arrived in shortly after lunch and the place had been mobbed (lovely to see).  Lets face it, I really shouldn’t be buying any more yarn, but I spotted that Louise had some plain sock yarns on her counter when I was paying for the felt and they just fell into my hand.  The orange and the duck egg blue, will be great for cuffs, heels and toes.

To my shame, I didn’t even realize they were different products, until I was filming.  The duck egg blue is Calzasocks and has a 75% Superwash Wool, 25% Nylon Polyamide content.  The orange is Azzurra and has 70% wool, 30% Nylon Polyamide and it’s softer than the Calzasocks.  It’ll be interesting to see how each wears.They’re both 50g and there’s slightly more on the Calzasocks, which also cost a bit more, £3.70 as opposed to £3. 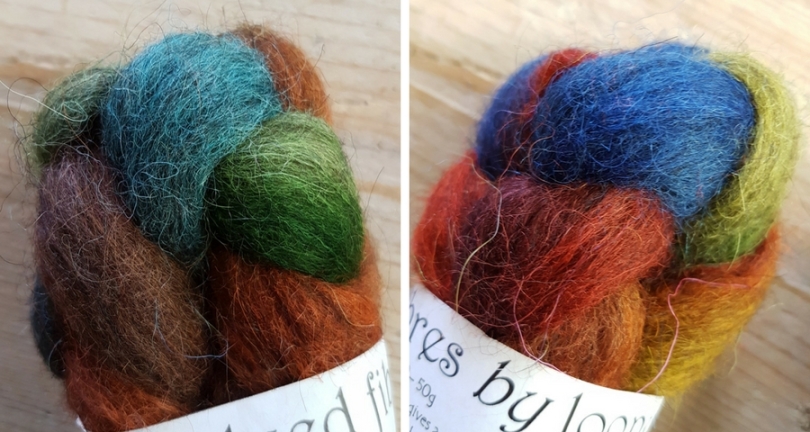 The 100% Gotland Tops are from Loopy Kate Fibres and it was the colours that drew me in completely.  Aren’t they stunning?  I’ve very recently given myself a stern talking to about buying too much multicoloured fibre as well, but at least these are only 50g plaits.

I’d already planned to pick up blocking pins from Fay at her Knit it – Hook it – Craft it stand, (her of the Crochet Circle Podcast, in case you didn’t know), but in truth I could have spent loads with her.  I have actually bought a few more things, but they’ve been put away for gifts.  The Organic Wool Wash Bar is just what I’ve been after and I’m not lying, when I say I’ve scoured here and the UK for something similar.  I’ve opted for the Grapefruit with lanolin bar and the scent is divine.

I actually have it stored in a canvas bag with my Yarnfolk purchases and some other yarn to put away and it has scented everything.  If you prefer no scent, or can’t abide strong smells on your woollies, Fay also does an unscented bar.  Fay told me that you barely have to rub the soap to make a lather to wash your knits in and each bar will was 235 shawls if you look after it. 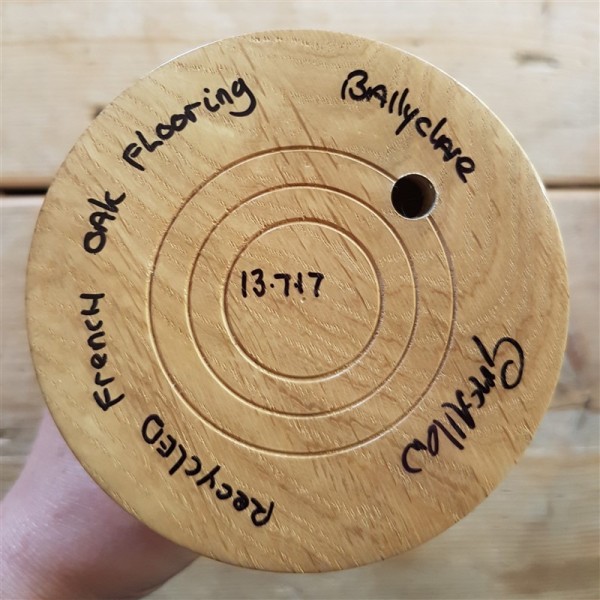 My absolute favourite purchase from the day, just has to be my yarn cake holder from Softash Wood Crafts, I think I’ve used it everyday since I got back from Whitehead.  There were bigger ones available at the show, but mine is perfectly proportioned and easy to transport.  I even took it to knitting group on Wednesday night.  Isn’t it lovely that Gordon has written all the relevant information about it on it’s bottom too?

Last but not least, are the three little progress keepers that I made with Ann of Meadow Park Beading.  Blue obviously and the perfect little make and take.

So it was an absolutely fantastic day and I was thrilled with my purchase, well at least I was until I saw everyone’s lovely yarn posts on Instagram.  Then I got a bit annoyed at myself for not picking up something.  It’s not like I need anything – ever again, in this life or the next and probably the one after that as well.  That never stops anyone though does it and I got even more ticked off, when I realised I’d missed the Yarnfolk are the Best Folk.  A colourway dyed up especially for the festival by Bernie and Derek of Bear in Sheep’s Clothing.  So….. 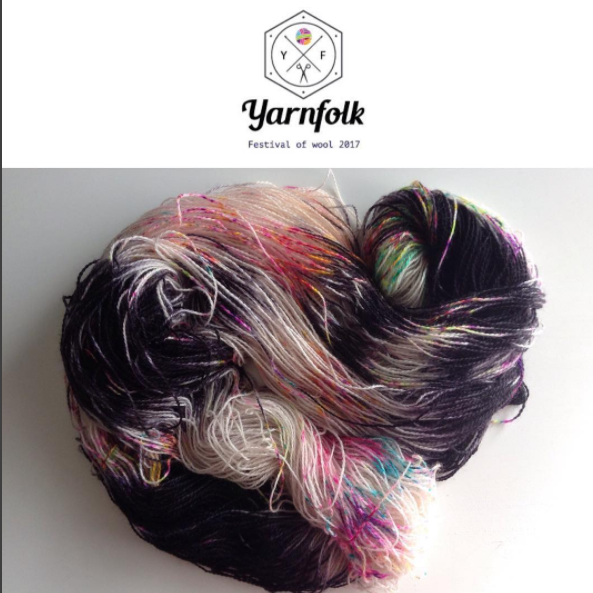 Well you can probably guess what I did?  Yep, I’ve managed to bag the very last skein of the one off colourway.  Bernie and Derek had two hanks left after the show, which they were going to hang onto, but they had already been persuaded to part with one of them, so agreed to let me purchase the remaining skein.  I’ve received a shipping notification from Etsy this morning, so it’s on it’s way 😄

Perfect timing, as I had to rip out a double knitting weight hat that I’d been making yesterday.  It’s my own fault entirely, as I didn’t try it on sooner and had thought it was a little big fairly early on in the project.

I’m off to cast it on again with a less cheerful looking stitch marker and eighteen fewer stitches.  Let’s hope my maths is right this time.