After spotting a write up on Centenary Stitches in issue 83 of The Knitter, I knew I’d have to add a copy to my library.

Centenary Stitches is a beautiful book of vintage knitting and crochet patterns, re-worked from traditional garments and patterns for the feature film Tell Them Of Us, a film based on World War One solider Robert Crowder who died whilst serving in the army in 1917.  The film tells the story from the point of those he left behind in the small village of Thimbleby in Lincolnshire.

Despite many of the records from WW1 being lost or damaged, Robert’s family had held his memory dear and kept a remarkable archive of unpublished material, enough to make a film with.  The film goes some way towards exploring the shocking reality of living ‘normal’ every day life then being thrown into the terror and torment of war.

Elizabeth Lovick, volunteered her services when Pauline Loven, the costumer for the film put out a request on Ravelry to find help re-creating a knitted jacket as worn by the original Grace Crowder(Robert’s sister) and which was typical of the period.

Elizabeth in case you don’t know, is a knitwear designer specialising in traditional Shetland Lace designs.  Her book The Magic of Shetland Lace Knitting provides a beautiful reference for anyone interested in lace stitches and the beautiful pieces that can be made using them.

From this single design, sprang over 70 garments for the film and subsequent book of patterns, which was a collaboration of over a hundred knitters from across the UK and USA.  The patterns are for children and adults, garments and accessories.  There’s even a dog coat and a set of baby reins (I know some people frown on the use of these, we’ll save that for another day).

In addition to the fabulous patterns, there is a lovely description of the village of Thimbeleby written by Pauline Loven, who also talks about the WAG film making group and what’s involved in being their costumier.  Elizabeth Lovick has included a brief history of knitting in WW1 and the challenges faced in translating vintage knitting patterns.

Most importantly, there is a little history of Robert Crowder written by his Great Nephew – Robert Holland, including excerpts from letters written by Robert’s brother William Crowder, to the historian Peter Liddle about his war experiences and some much cherished family photos.

Of the 70 or so patterns it’s difficult to chose ‘favourites’ as I’m actually quite smitten with lots of them. If pressed, I’d have to go with Cosy Cat by Alison Casserly which is a short crochet waistcoat, worked in aran weight yarn. 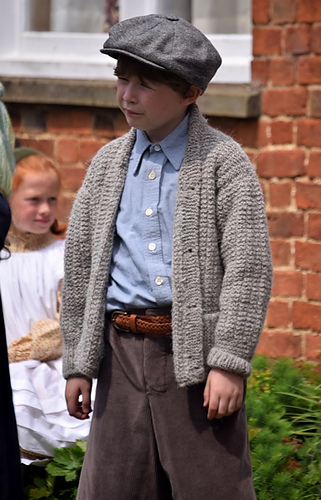 The Rough & Ready Cardigan by Judith Brodnicki is an extremely versatile aran weight cardigan for both children and adults. 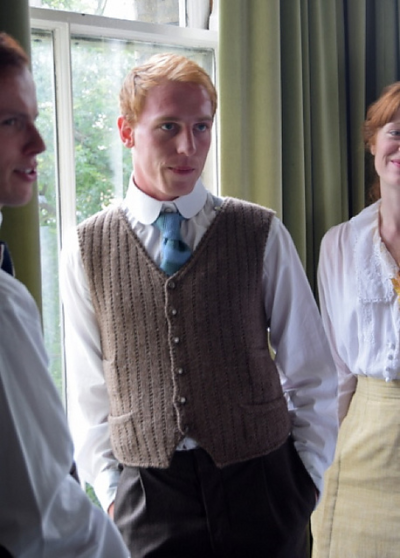 Judith is also the designer of William’s Waistcoat, which is a great aran weight knit, that I know my hubby would love (Christmas maybe?).

The Mersey Wrap translated from a Fleicher’s Knitting & Crochet Manual by Tina Kinnar and knitted in double knit yarn is simplicity at it’s best. 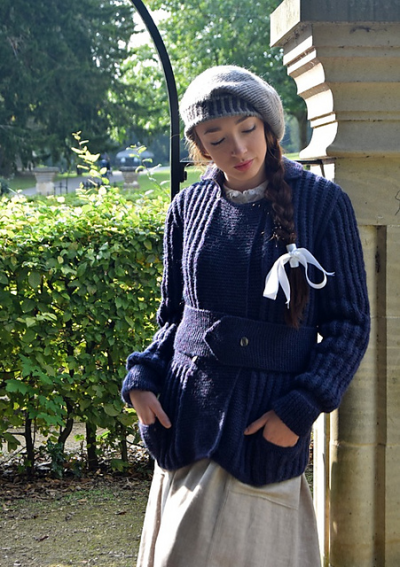 The garment that started all of this – Grace’s Jacket by Elizabeth Lovick,is truly beautiful.  Elegant, whilst utilitarian and  Knitted in double knit yarn, I can’t wait to find some time to get working on it.

Definitely a book worth having, you can purchase it in traditional ‘paper’ format or as a digital download.  To have a look at all of the designs included in the book, follow the link here for the Ravelry patterns page.