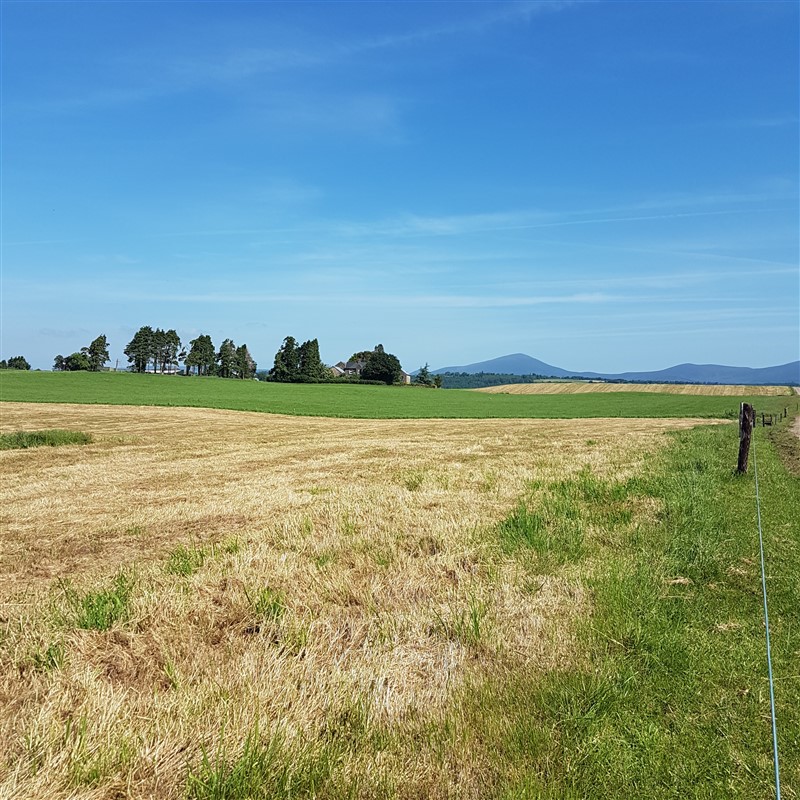 How hot has it been lately?

I distinctly remember being told time and time again, that women don’t sweat they glow.  Apparently, there have even been studies to prove it, according to this article from The Telegraph in 2010 (the things you learn from the internet?).  Whatever the turn of phrase you prefer, be it sweat, perspire or glow, in this unusually hot weather, the results will no doubt be the same.

What comes out, needs to be replenished and I’ve been guzzling water like it’s going out of fashion.  So much so, that a full scale panic nearly ensued when there was no water on the farm last night.  Fortunately, the electrics had just tripped and once the problem was discovered, it was a quick fix.  Thankfully, for me, Kye and a couple hundred head of cattle, the water was back and the guzzling could recommence.

Saturday just gone, was the Cork Weave, Spin Dye Guild annual dyeing day.  Never one to miss a play date with colour, I headed off to the meeting, after Deirdre and I filmed Episode 15 of The Olann and Podcast.

The dyeing days are always good fun and in the few years since I’ve joined the guild, these days have been given over to natural dyeing, so it was great to be able to try something different. 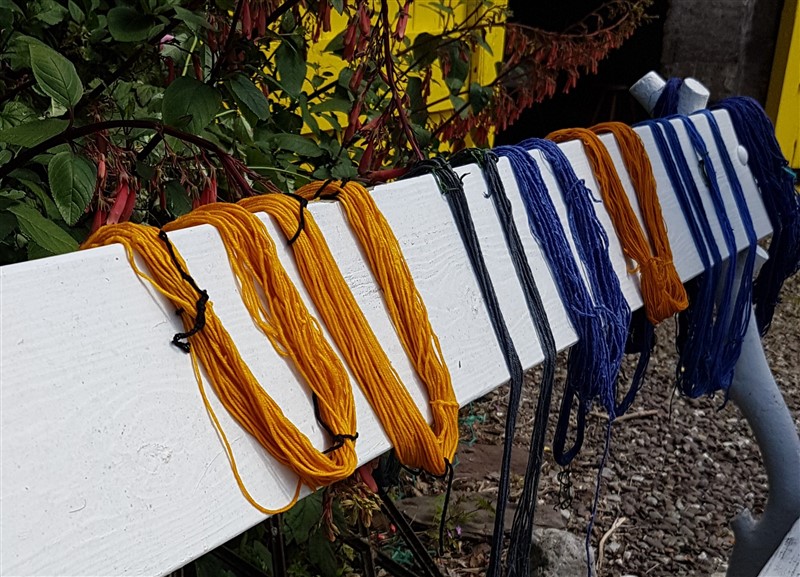 One of the most interesting things about dyeing with a group of friends, is the range of different colours achieved.  The days are ‘tasters’ and so we all take our mini hanks of yarn with us. 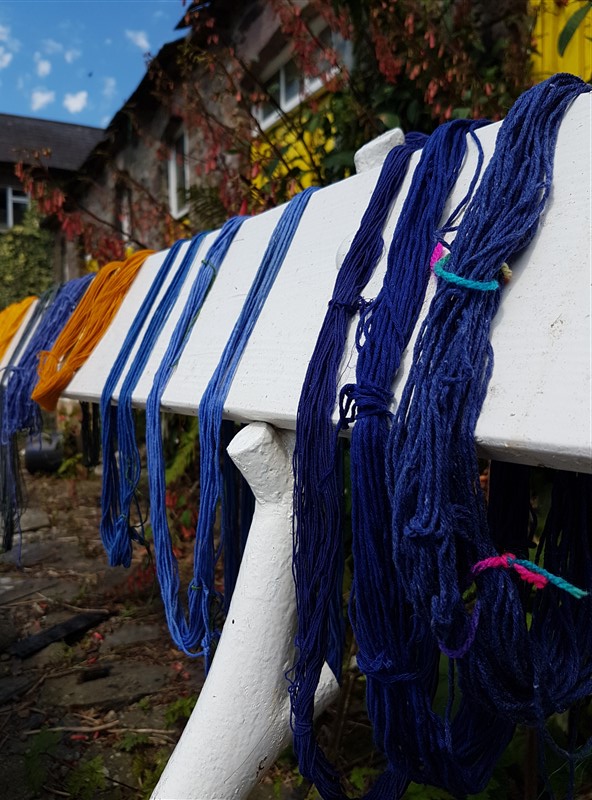 You can see from the photos, how the different fibres have taken the dye up.  Mines that one with the rainbow tie, look how much darker the colour was when it was wet. 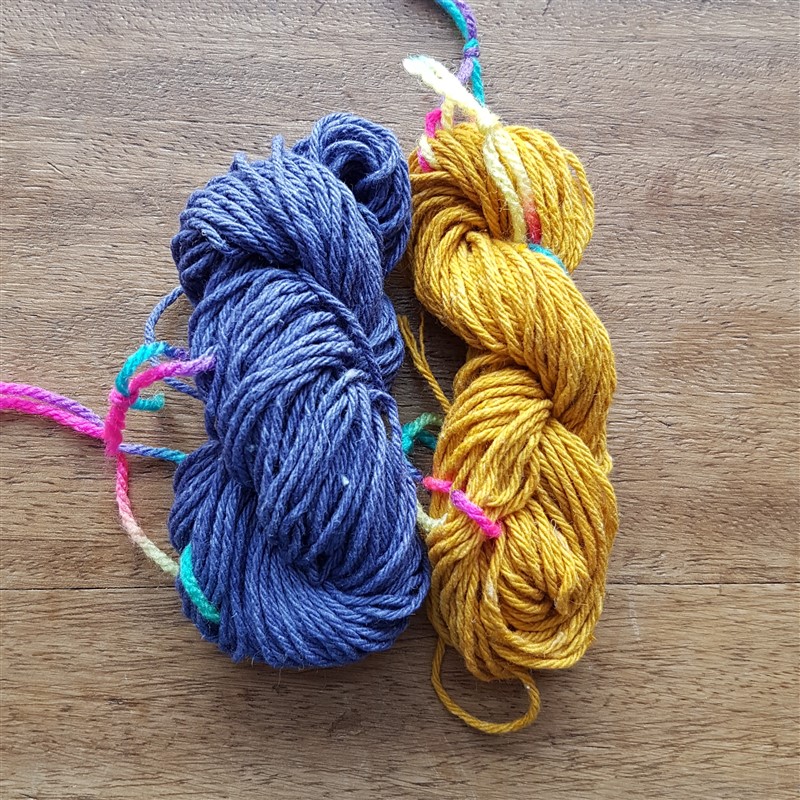 I had made a couple of small skeins using Stylecraft’s Dishcloth Cotton in Ecru, because it’s what I had to hand.  I love the colourwashed shades it took on once dry.

A more organised person would probably have weighed their yarn before dyeing, but with no plan for what it was to become, I just carried on regardless.  It was only after the yarn had dried that I realised my mistake, my mini skeins, were super mini.

What was I thinking?  46 metres isn’t really much yarn and whilst it’s plenty to make a mini monster, it’s a bit tight for much else.  A peruse of washcloths on Ravelry, led me to believe I might just be able to knit the plainest of cloths.

As you can see, I very nearly lost my game of  yarn chicken, barely managing to finish my last yellow stripe.  I had to insert my needle through my stitches after in order to sew in the end.

If I’d had enough yarn, I would have preferred to work a blue stripe after and before the moss stitch borders, but needs must.  It measures 19cm square and coincidentally co-ordinates perfectly with the dish scrubbies I made previously.

Seriously, you couldn’t plan it better if you tried.

Enjoy the sun whilst it’s here.