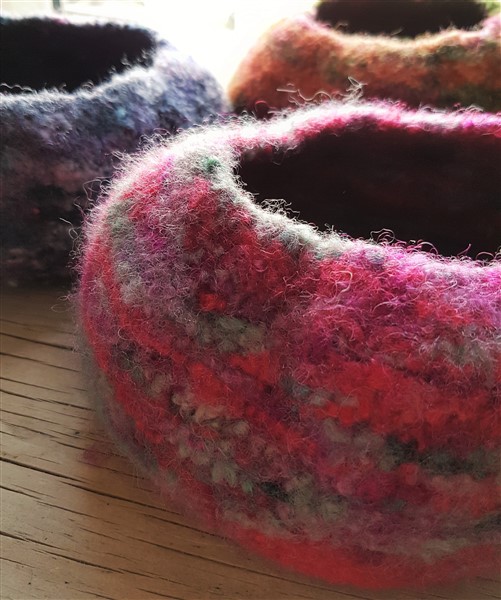 I’ve been on a bit of a tidying up kick of late, so my black bin bag purchases have increased at an alarming rate and I’ve made several trips to the charity shop and rubbish tip so far.

I’d managed to sort out two absolutely mammoth piles of clothes  – those that are definitely rubbish and those in good enough condition to go to charity and had bagged them up ready to be dropped off on my next trip into town.

However, my brain got to thinking about all that lovely material and what I could make with it (I can hear my husband sighing at the prospect).

Back out came the clothes, all of them and I took out shirts and skirts whose material looked worthy of a creative fix.  I cast the jumpers, scarves and hats I no longer use to one side, barely giving them a sideways glance, but when I came to bag them up again I had an idea. 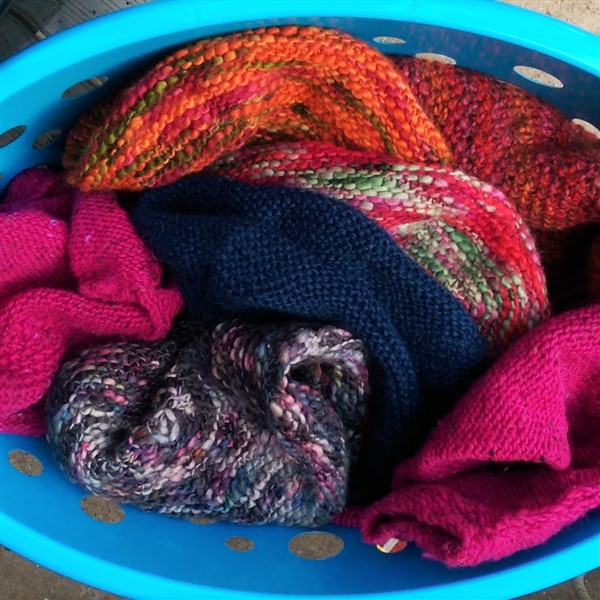 Gathering up a couple of pure wool cardis that really weren’t me anymore and hats that I wore when I had long hair, I popped them all in the washing machine on a 60° wash with an old pair of jeans to add a little more friction. 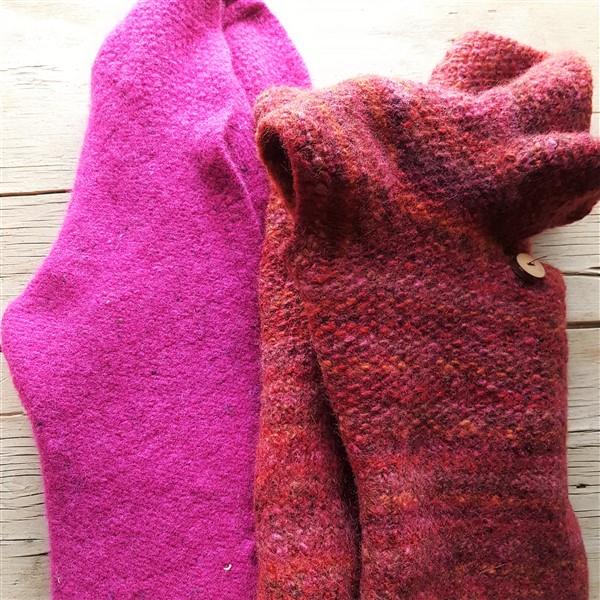 When the cycle had finished the cardigans had felted beautifully and the resulting fabric has become lovely and dense, great for cutting up and re-purposing. I’ll probably end up using it to make some brooches or maybe even a few notions pouches.

The hats had felted, but the resulting fabric wasn’t compacted enough to cut, it would still have frayed.  So I bunged them back in the washing machine with some old dust sheets that needed a boil wash – not really expecting great things if I’m honest.

How thrilled was I, when on opening the washing machine I discovered these.  The hats had felted beautifully this time and they’ll be no need to cut them up.  I shaped them by hand a little whilst they were still damp and then left them to dry on a flat surface. 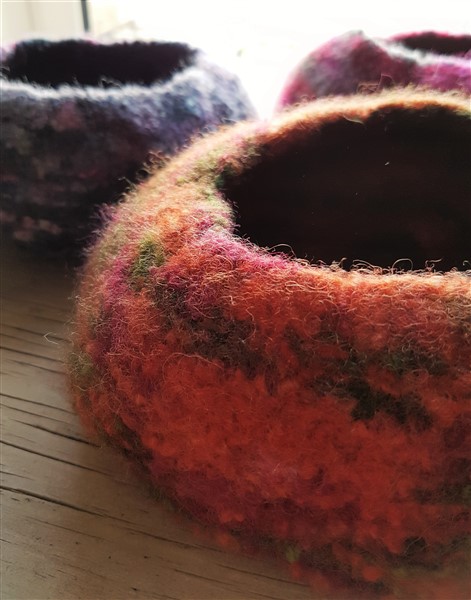 They’ve substantially reduced in size to about 20cm across by 10cm tall and because they were ‘beret’ shaped to begin with, they now have good flat bottoms.  The original hats were a plain version of my Chunky Basket Rib Hat that I use to make all the time.  These were made in Colinette One Zero and each took about a hank if I remember correctly.

They now make great receptacles for little bits and bobs, like embroidery threads and buttons. Which is what I’d like to tell you I’ll be using mine for, but I’ve something far grander in store for mine.  Two have become gifts and the one I’ve kept…..