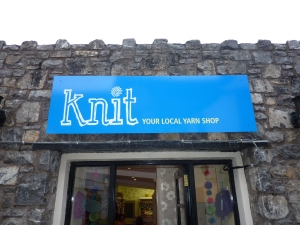 As most of you probably know by now, we have moved premises.  As it wasn’t the first time I’ve done this you’d have thought I’d have known what the relocating would  consist of – yes and no is the easiest answer there.

In all honesty my previous moves have never included the sheer volume of yarn that we now stock and packs of yarn are quite big, especially when you have as much of it as we do.  Then there’s the little matter of dyelots and we won’t even mention split packs – nightmare!

Anyway, we’re in and we did open as planned on the 9th August, however to be frank the lights have been on but there’s no one at home.  I’ve been running on autopilot for the last fortnight and I only realised how bad it had got when I failed to notice something really important in a friends text message on Saturday evening.  Fortunately, I did spot it on Sunday when I re-read the text and rather red faced I explained my predicament and her being such a good friend was cool with it (phew).

So we’ll ease back into this gently, I have some great ideas to try and bring to the blog in the future including a run down on the latest magazines, a look at the books I love and possibly even the odd video, which will carry a warning ‘unmanicured hands’ my nails are far too small and grow upwards (I’m special I know).  In addition to that I still intend on trying to bring you some of my designs and keep you up-to-date on what’s happening in the shop and the greater woolly world.  I’d like to try and make this blog an interactive platform too, so if there’s anything knitted related you’d like included let me know and I’ll try my very best to accommodate you. 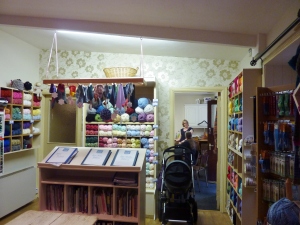 We’ve also decided to stock the odd bit of giftware and a few fat quarters, items that I hope will compliment the yarn goodies.  We intend to expand the haberdashery ranges too in the coming months and will be running a children’s knitting group and (hopefully a crochet group too. 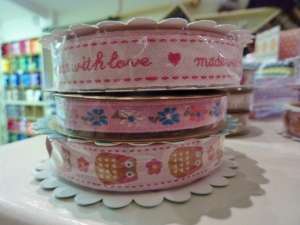 We’ve already added to our giftware range since opening and have now taken delivery of some very unusual and pretty fairtrade gift items.  We’re aiming to ensure that most of the items we stock will be €15 or under with many under €5 so they can be picked up as and when you see them.

Hope to see you soon
.