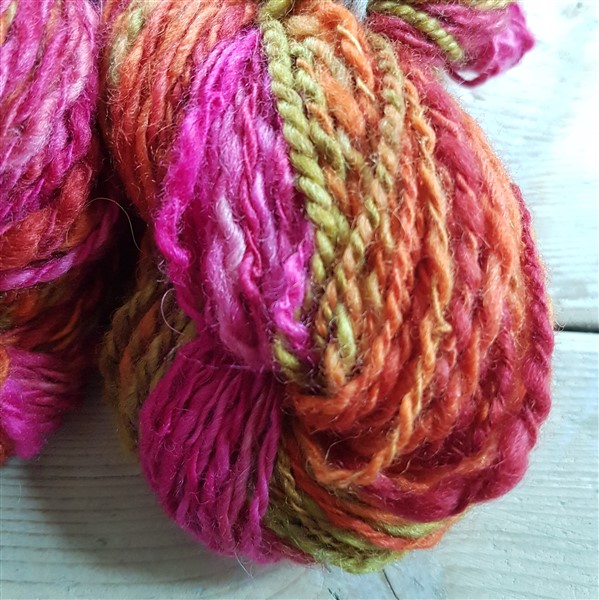 I included British Fibre Art Magazine as one of the things I had my eye on in February’s These Are a Few of My Favourite Things.  The eagle eyed among you, will no doubt have spotted my copy resting (artfully like), under one of my Portuguese knitting projects a couple of posts back.

I was chuffed to bits that I’d managed to get hold of it, because at the time, the print run had all but sold out.  Since then there has been a reprint, so I’m imagining you might still be able to pick up your own if you’re interested?

With the second issue due out any day, I thought I should get a post about it written up toot sweet.

British Fibre Art Magazine is a bi-monthly publication for hand spinners and felt makers, but will also include articles for those of us that weave, knit, crochet and embroider.

Rainy Williamson, the editor, says the inspiration for the magazine came from the desire to see traditional craft presented in a contemporary way.  The price of each issue is £5.99 plus postage, which does seem a little pricey, but we looked at having Olann and printed and I can fully appreciate the costs involved.

The styling of the magazine, means there is quite a bit of white space, which while unusual for a printed magazine, does mean the images ‘pop’.  If the information was condensed a little more, the magazine would have far less than the current fifty, which may well reflect a little in the price.

I found a couple of the articles really interesting and was thrilled to read the piece on Saori Weaving.  The photography is lovely and as I mentioned on the Episode 10 of the Podcast, I really love the cover image.

Unfortunately for British Fibre Art Magazine, it was released shortly after Yarnmaker (another British fibre magazine), ceased and understandably, people are making comparisons. Sadly, lots of these have been unnecessary and in my opinion, less than kind.  The internet can be such a positive place, but just reading some of the scathing remarks aimed at Rainy made me quite uncomfortable.

Only the other day, I had someone totally disregard Olann and because it was available free online, stating that they’d much rather be able to buy a copy.  To be honest my bank balance would much rather everyone purchased it too, but that turns it into something completely different for both of us.  At the moment, we just want it to cover it’s costs and anything else is a bonus.

Dot the editor and publisher of Yarnmaker, was producing her magazine for six years from 2010-2016 and it will be greatly missed.  I myself was a subscriber and love and cherish every issue I own.  British Fibre Art Magazine is a completely different publication and comparisons aside, it’s an interesting read.  I’m sure it has a place and those new to the wonderful world of fibre will love it.

I haven’t subscribed yet, but have ordered issue 2 in order to see how it evolves and I’ll be sure to let you know.

Will we chat about yarn for a bit?  Well fibre that’s become yarn. 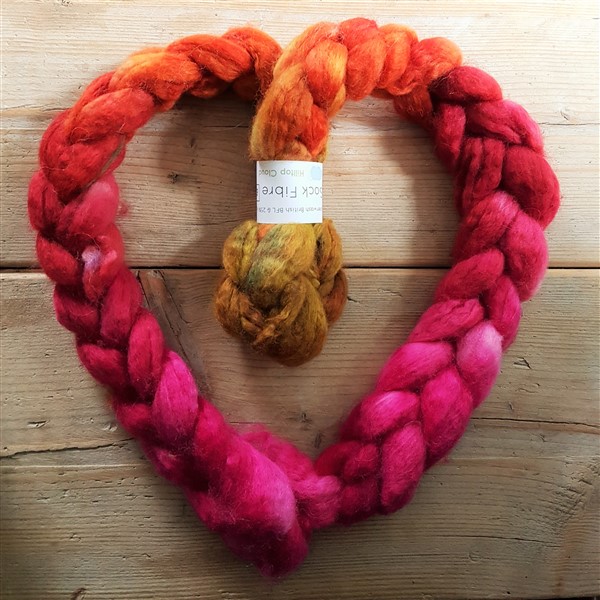 Do you remember this?

I spun it up ages ago, but had been far too lazy to ply it.  With all my bobbins full and a desire to spin, it was time to get the yarn off of them.

I halved the fibre down the length of the braid and spun each half onto it’s own bobbin, in the hope that I could keep the colours much the same as set out in the fibre. 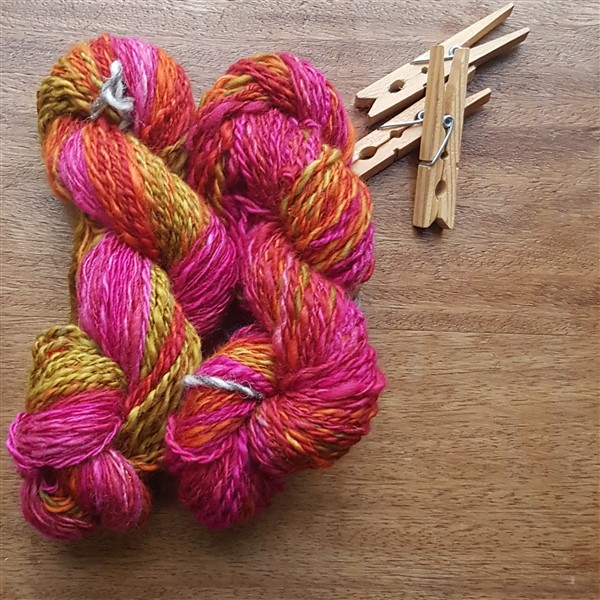 Having two plied them, I’m pleased to say it worked pretty well, with a little barber pole, that helps the colours merge into one another.  Pre-finishing there was approximately 150 metres of yarn and it was ok, not great, but passable I guess? 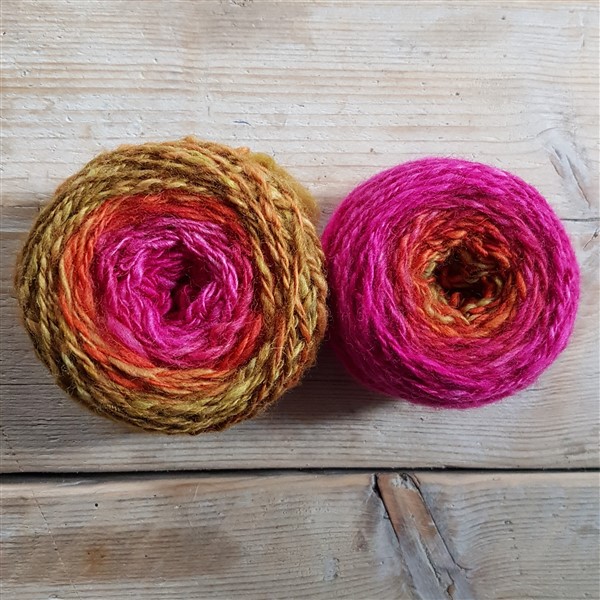 What a difference a wash and a thwack makes?  (image at the top of this post is a close up after finishing)

The yarn has fulled slightly, which has created a beautiful soft texture and evened it out a little.

The weight is somewhere between an aran and a chunky, but I caked it up and knitted a couple of swatches just to check.  The one I’m happiest with is this one, knitted on 5.5mm needles.  The abrupt colour change is because I checked that the yarn from both cakes would work, as one is slightly thicker than the other.

After much conversation it told me it would like to be a hat, nothing fancy, just a plain ole hat with a bit of a slouch.  As to whether it will stay with me or end up being gifted we’ll have to see.  I’ll be sure to take some photos and share them though.

Next up on my wheel is this beautiful Blue Faced Leicester Top from the LazyKate Etsy Shop, which is also where I bought my copy of British Fibre Art Magazine from.  It’s a braid of 100% BFL, very appropriately named Cumulus.  Yes I can see there is a little lilac/purple in there, but I’m pretty sure with that amount of white, the resulting yarn will lean towards softer blue.  That’s the plan anyway, now just to find some time as there’s projects galore on the go again at present.

3 thoughts on “Fibre all Round”